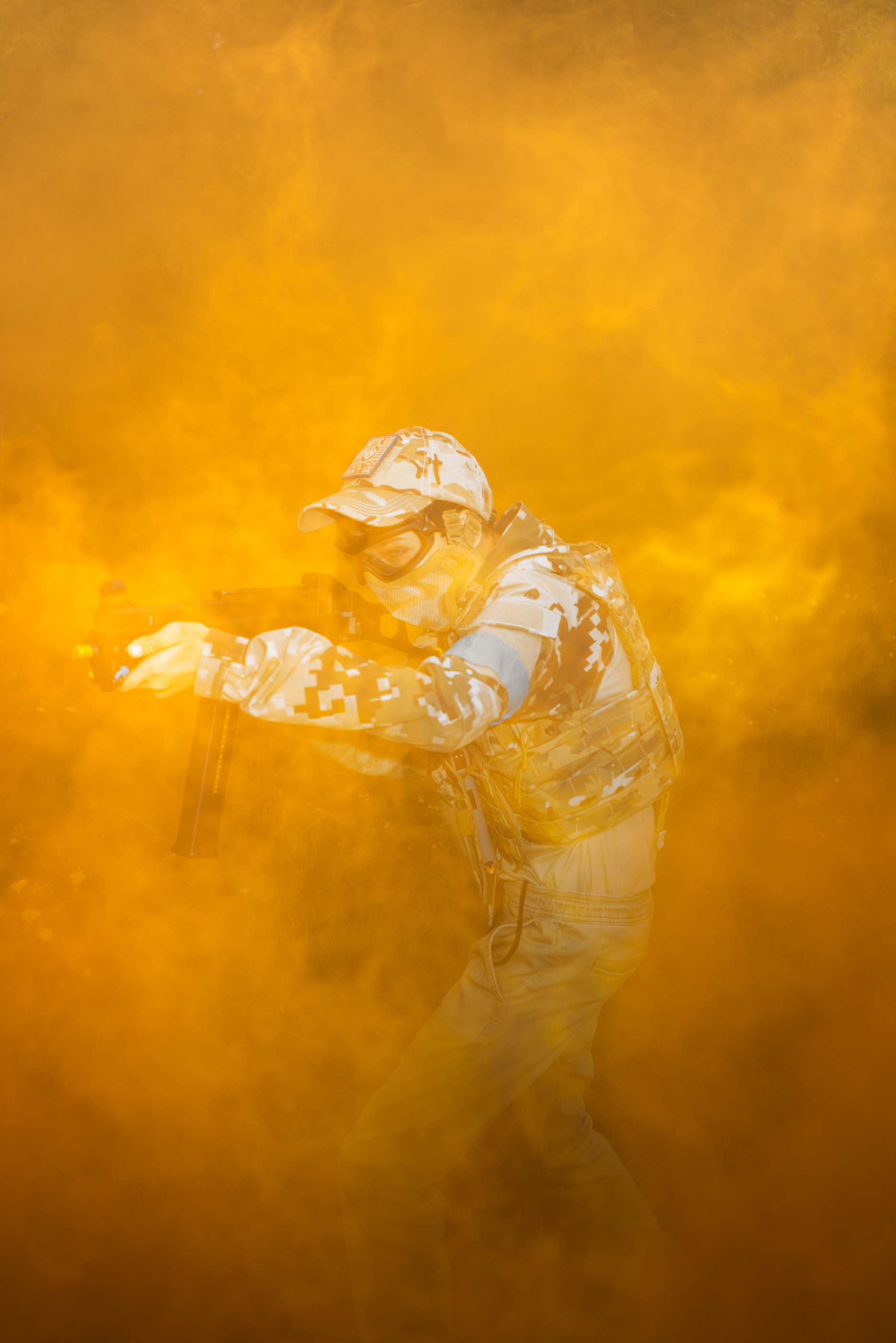 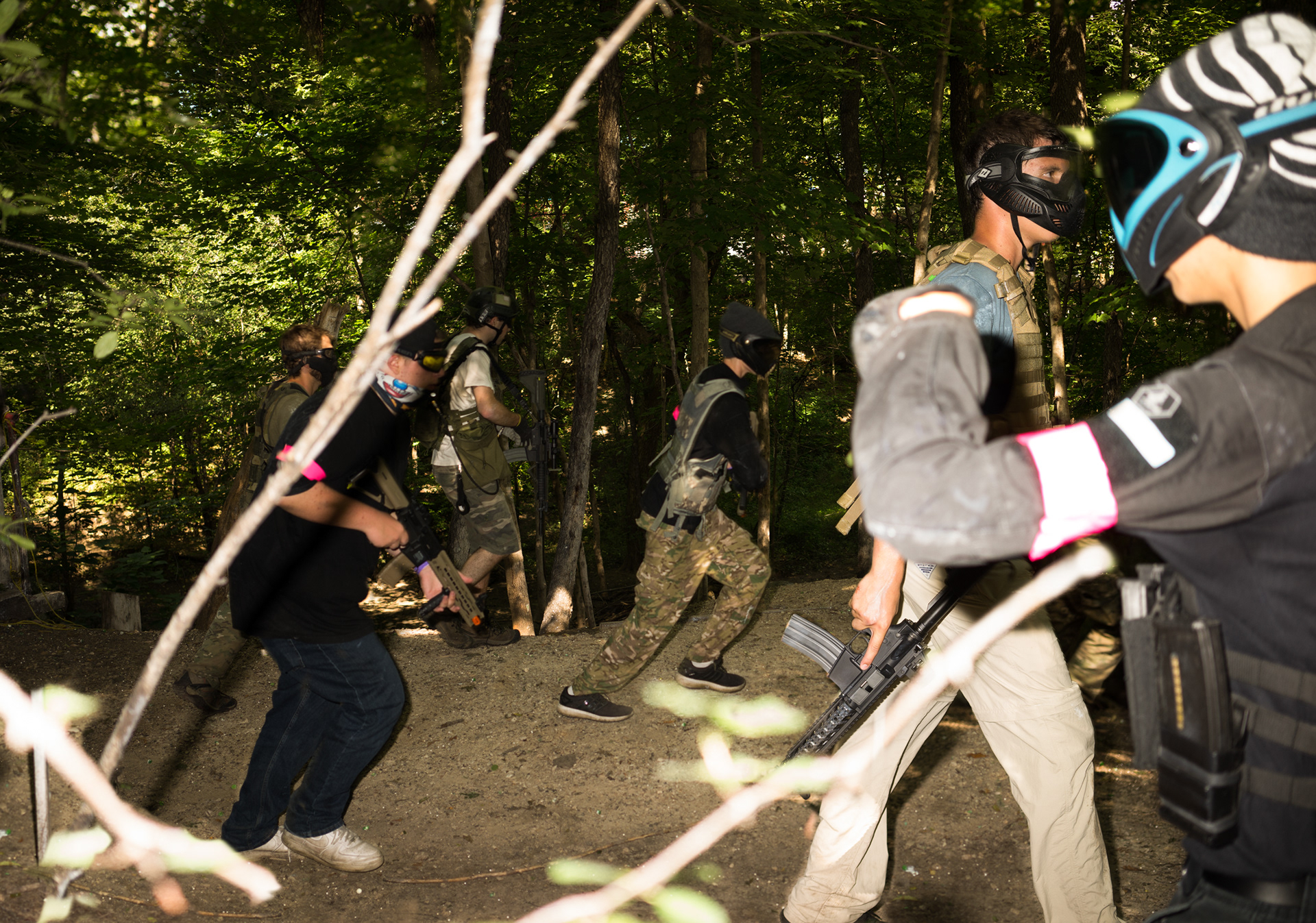 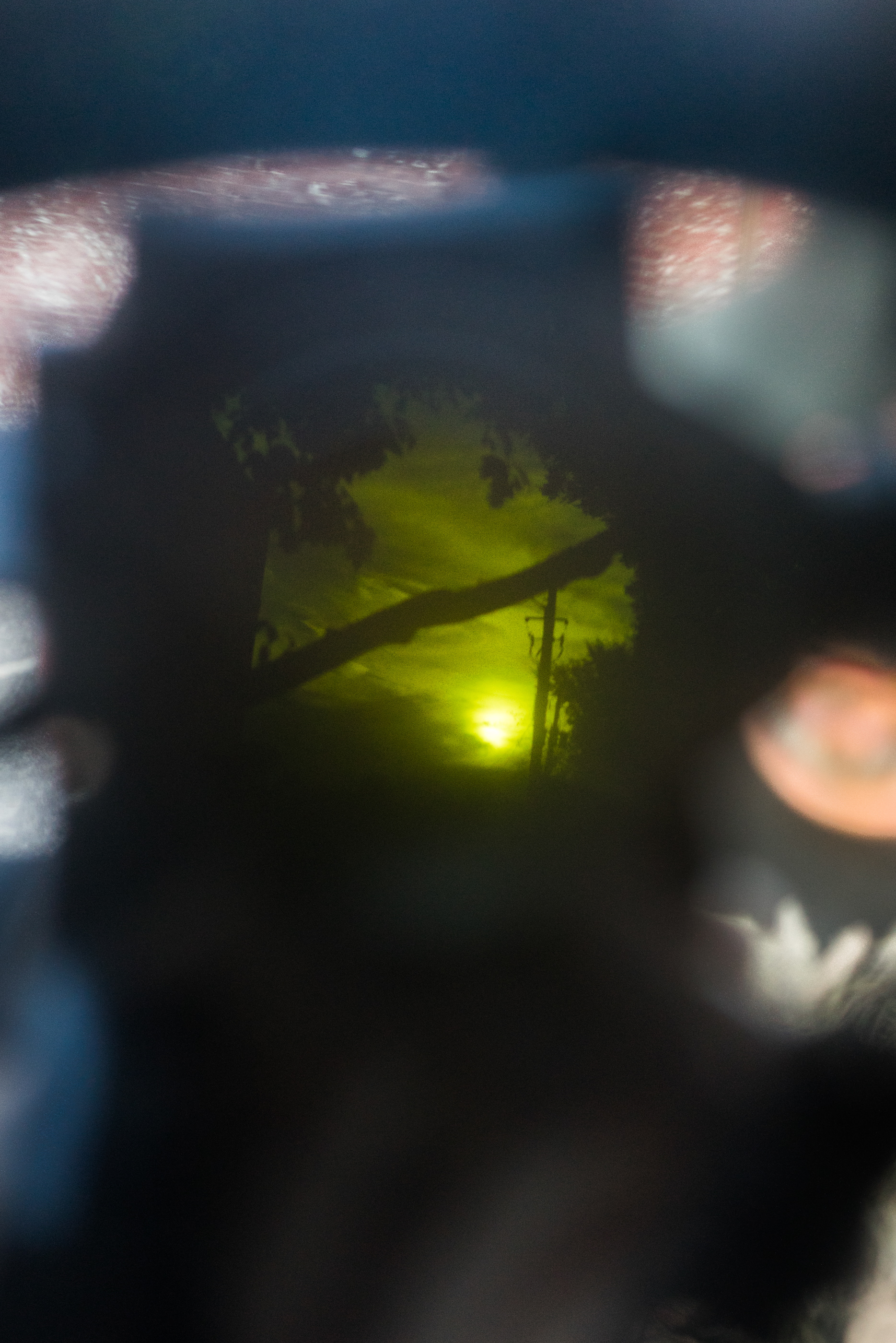 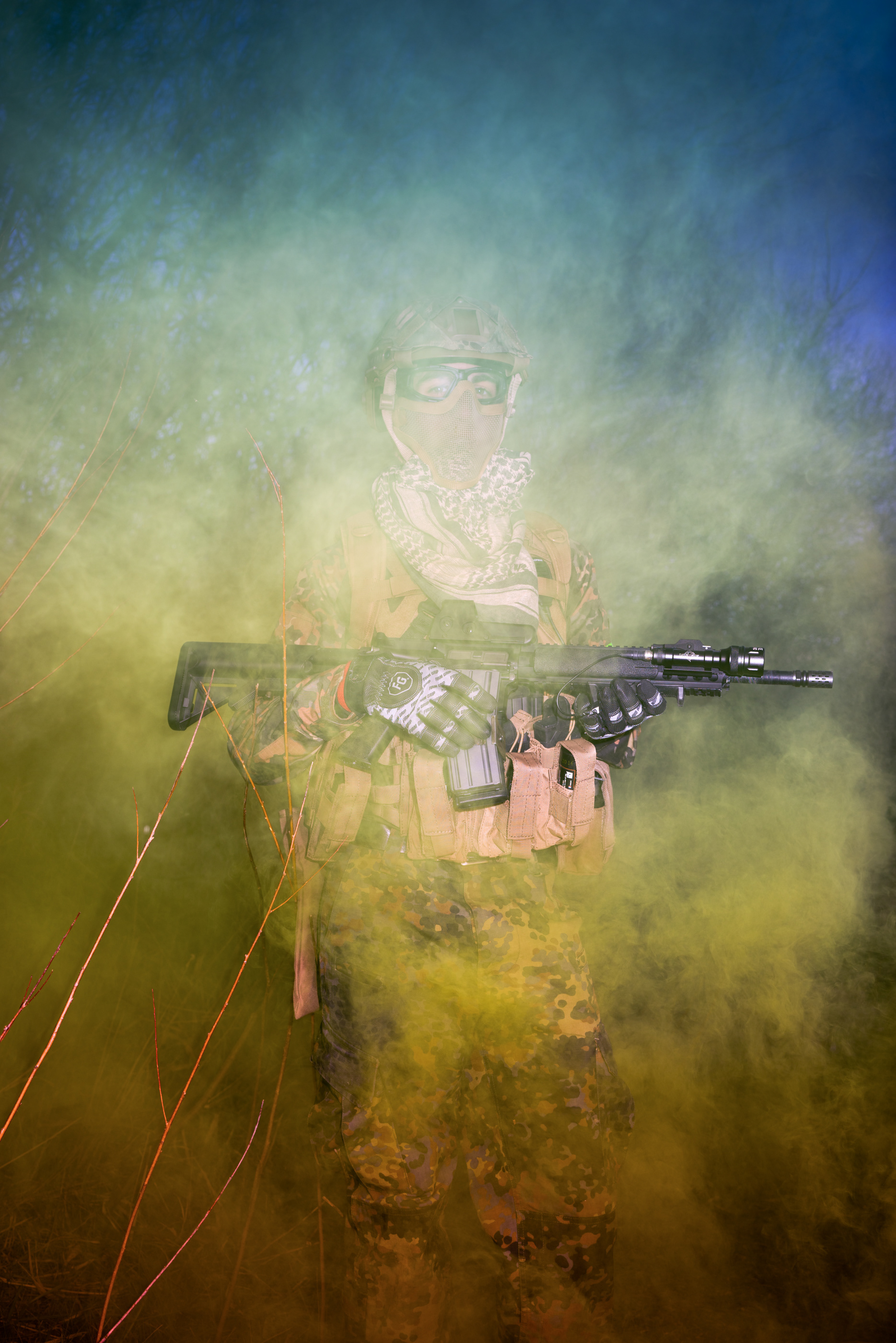 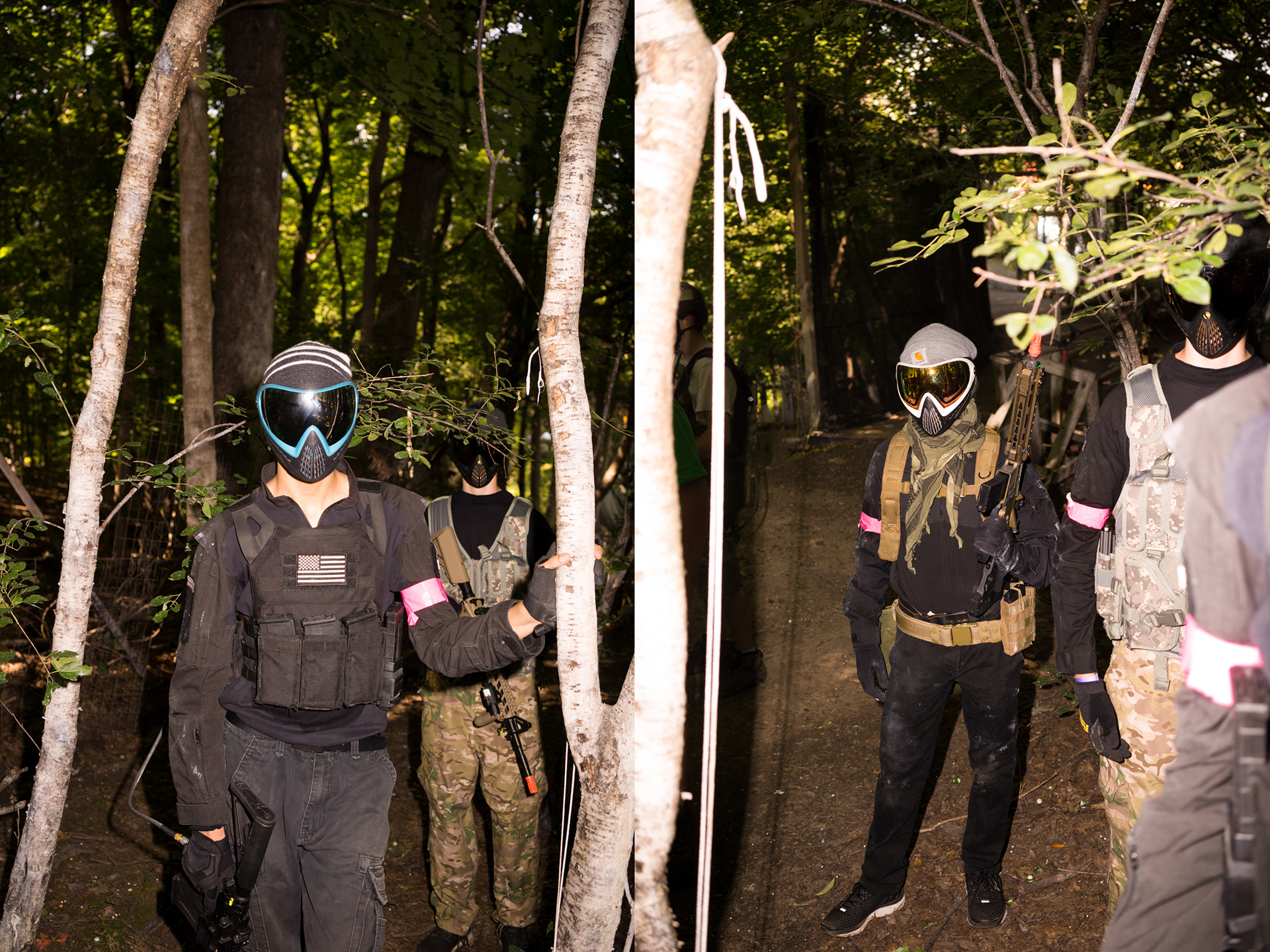 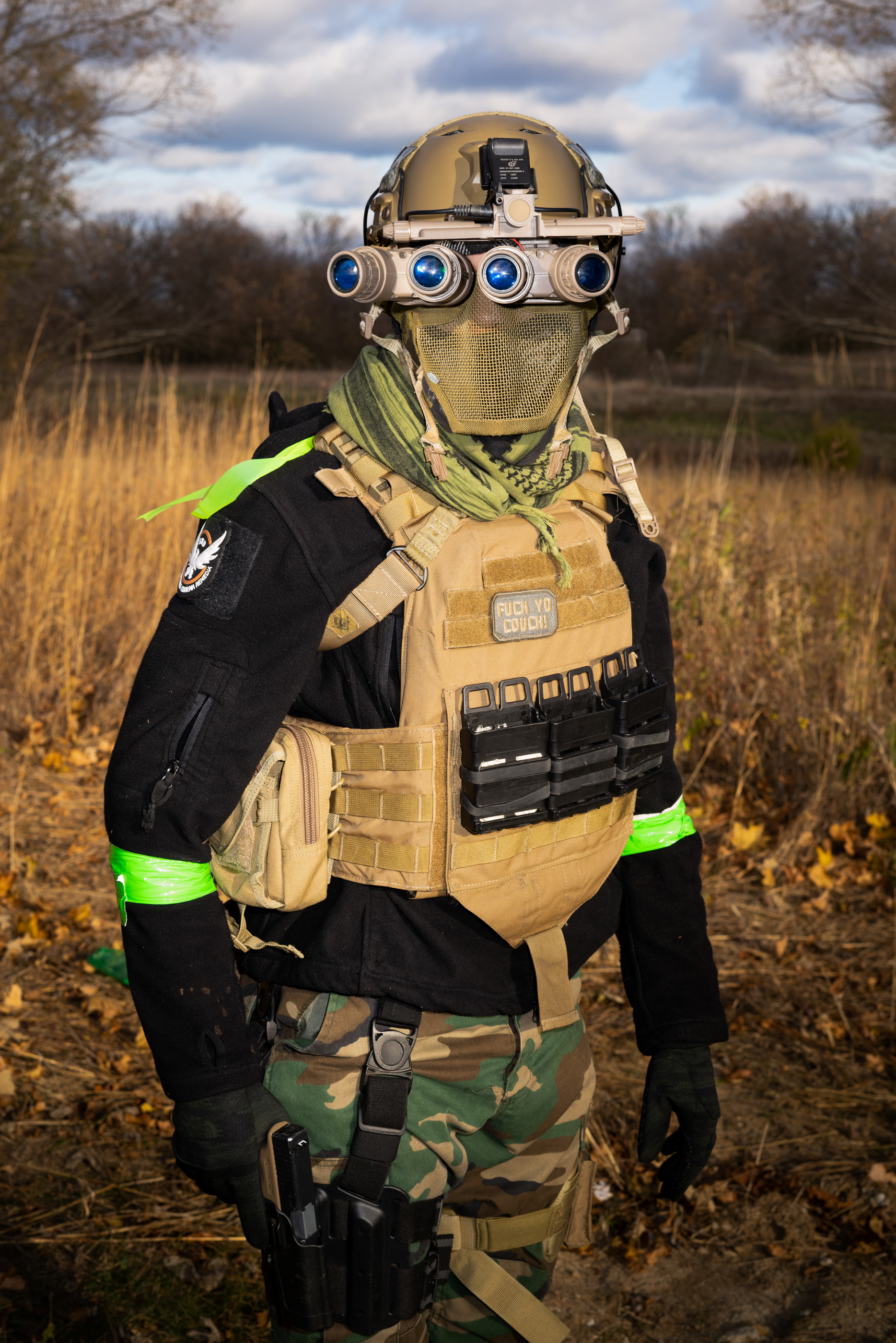 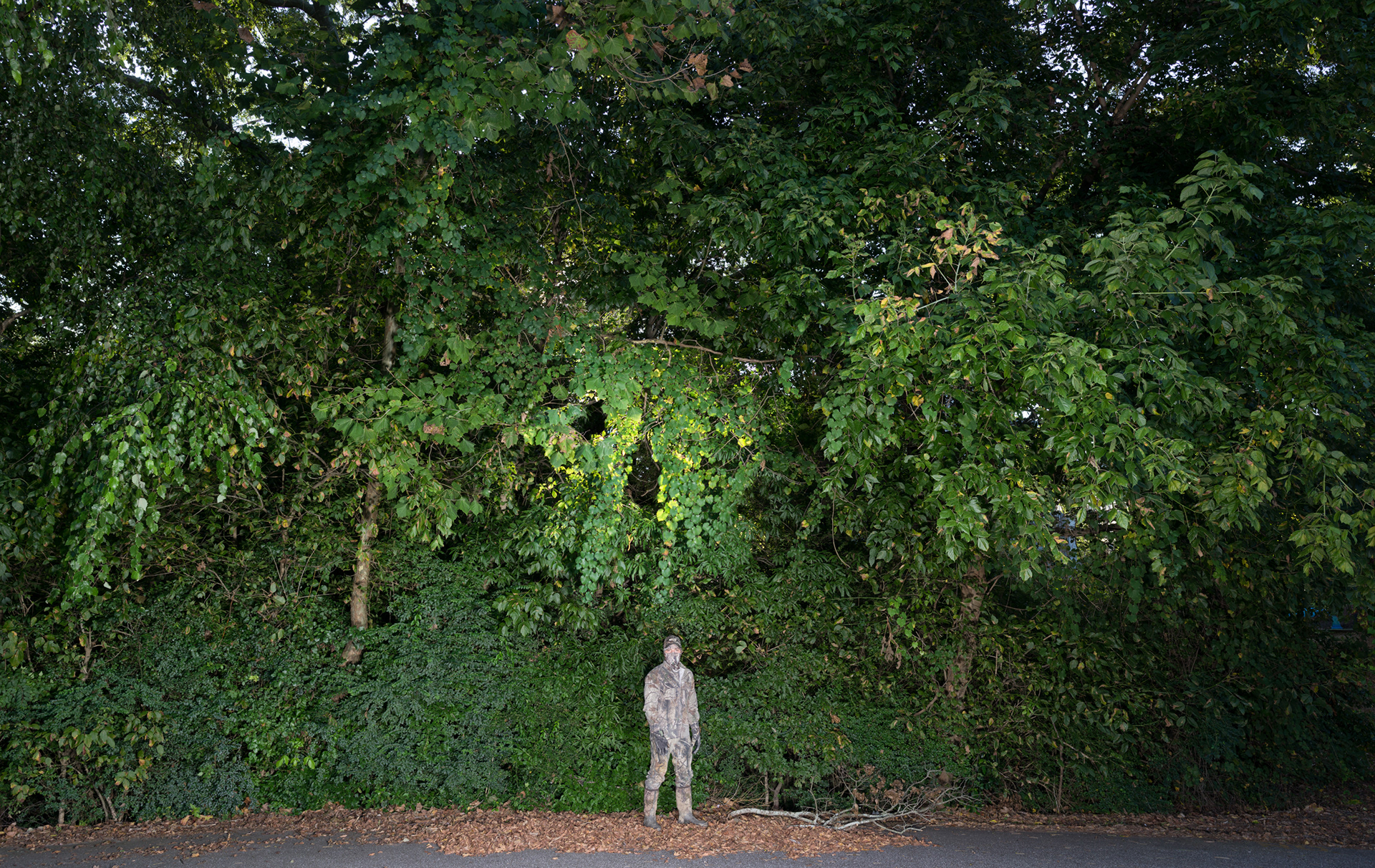 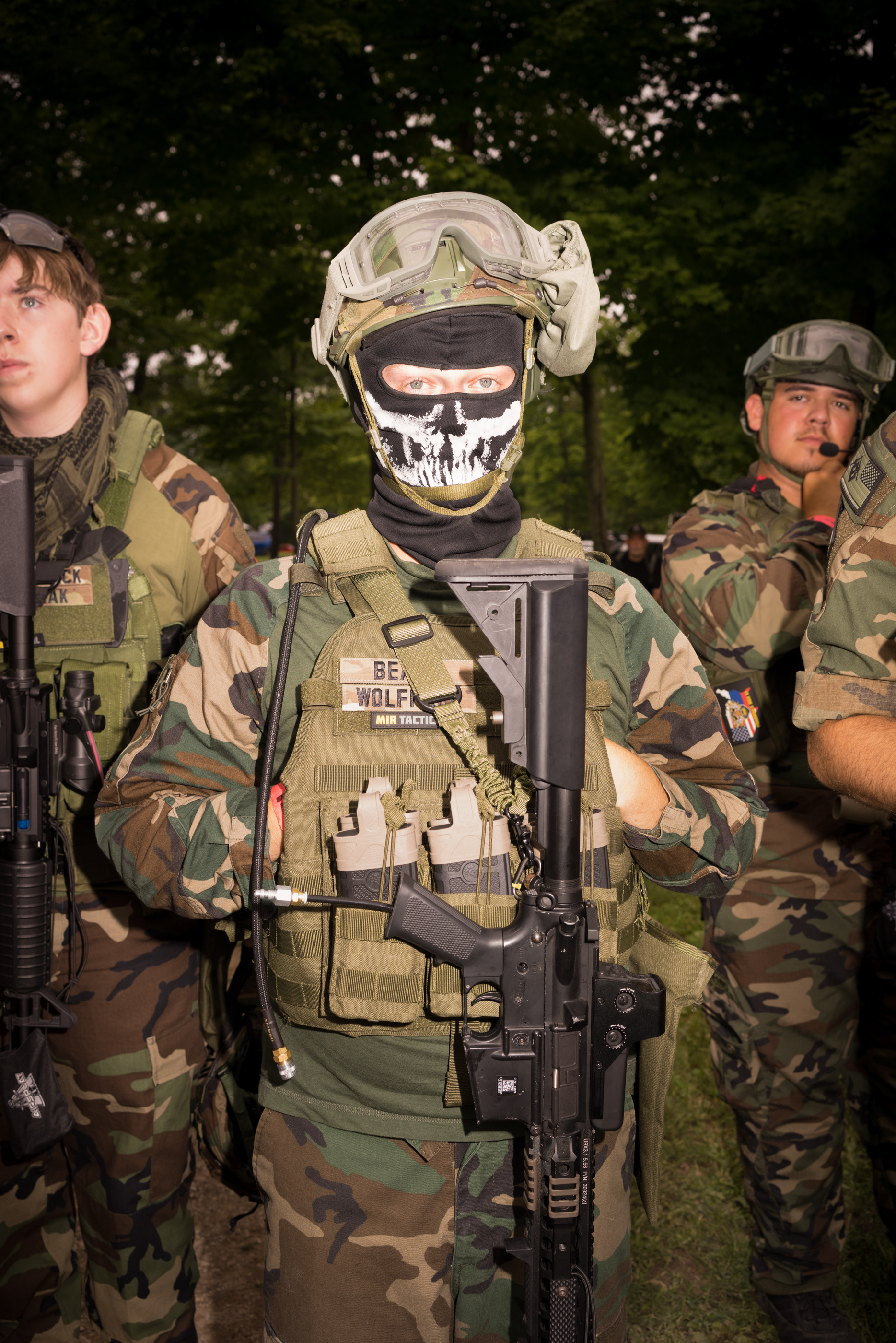 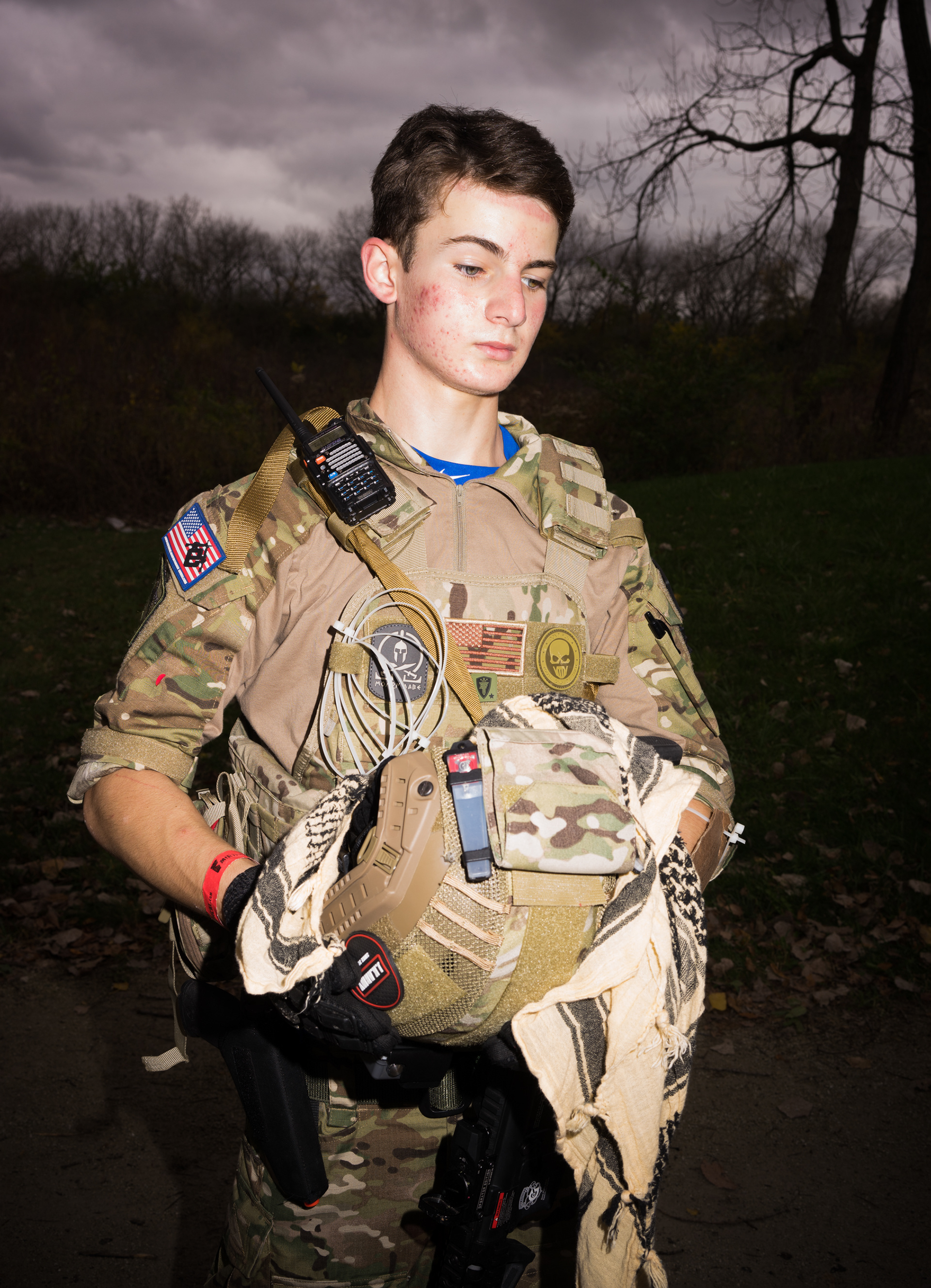 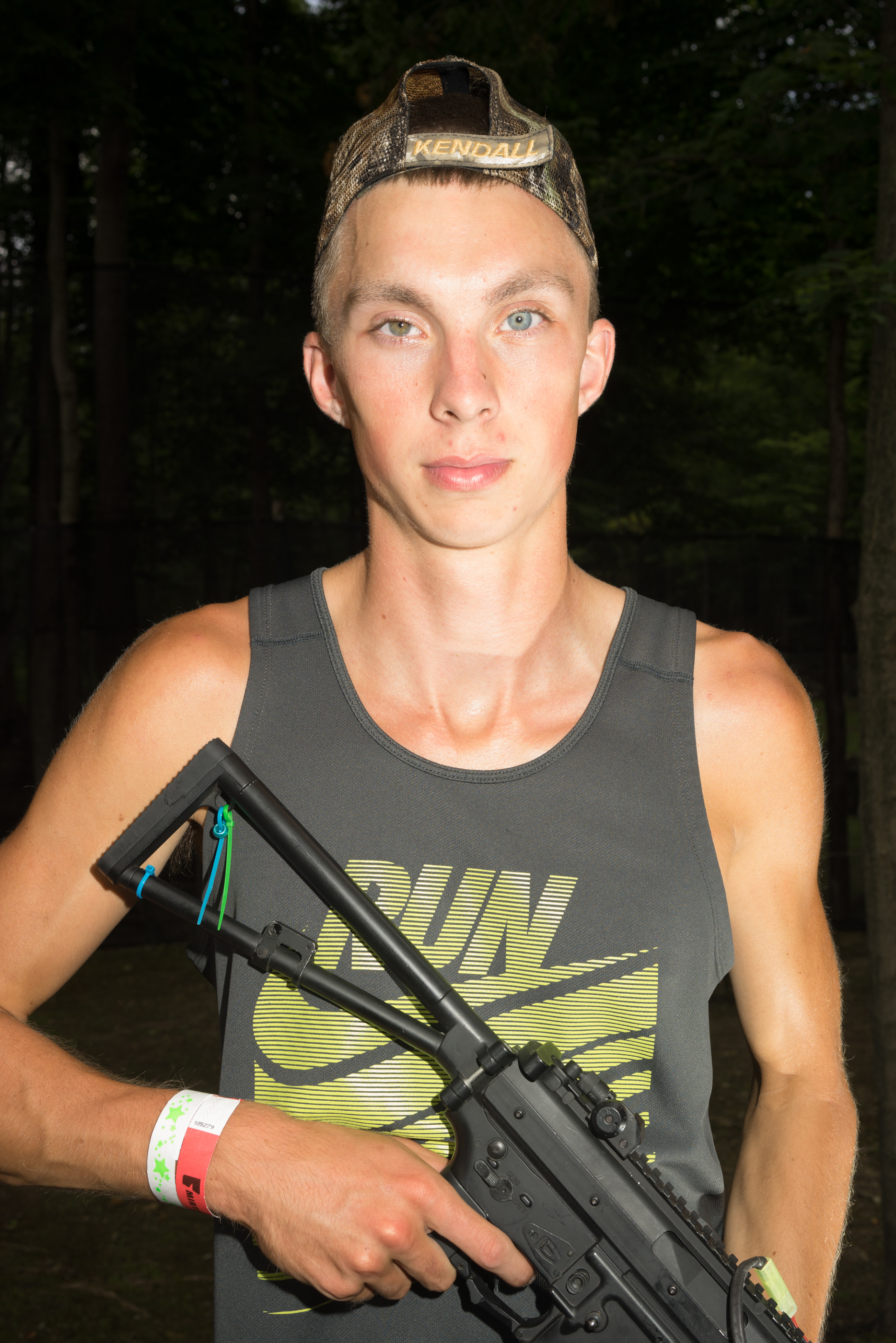 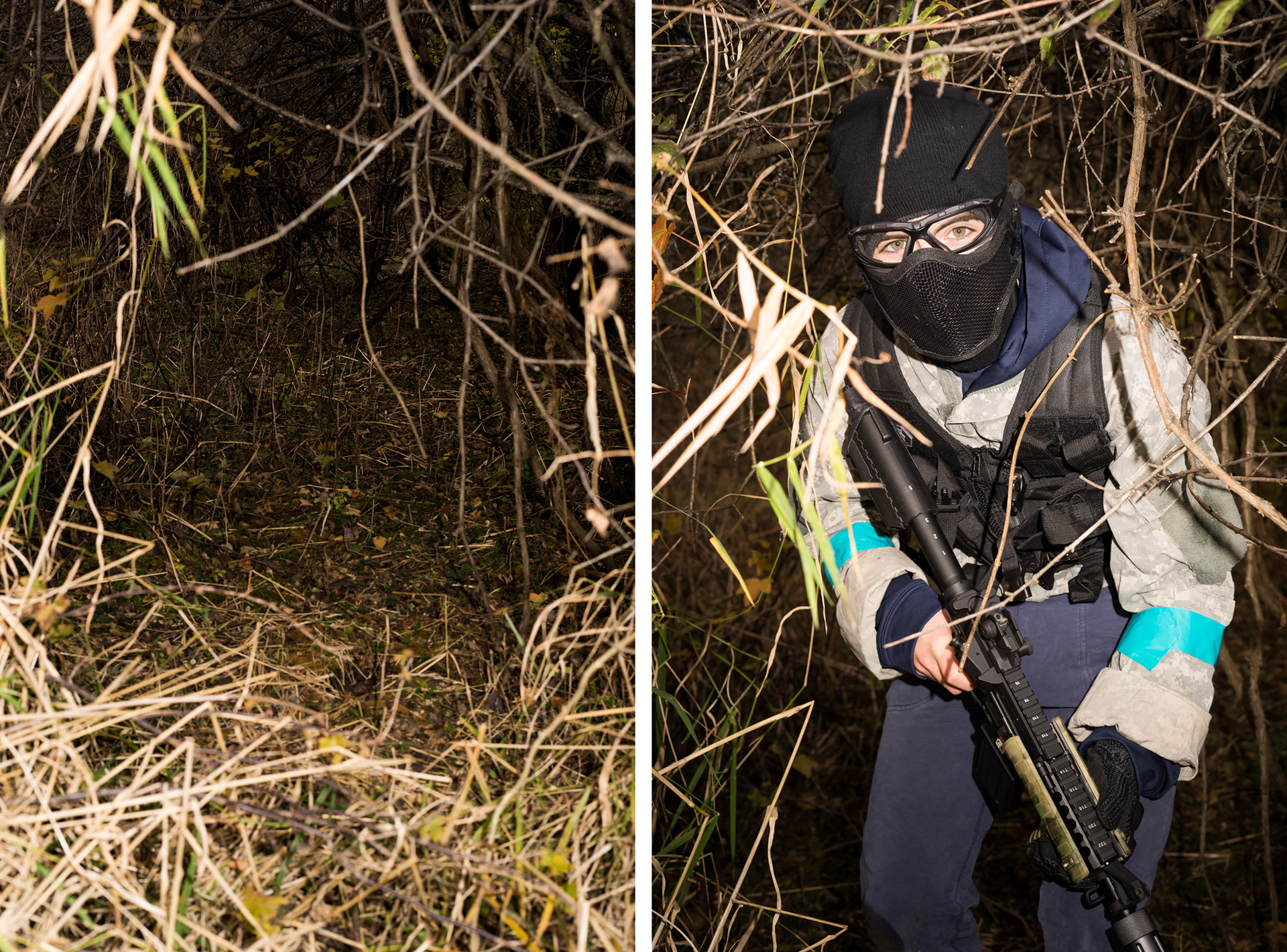 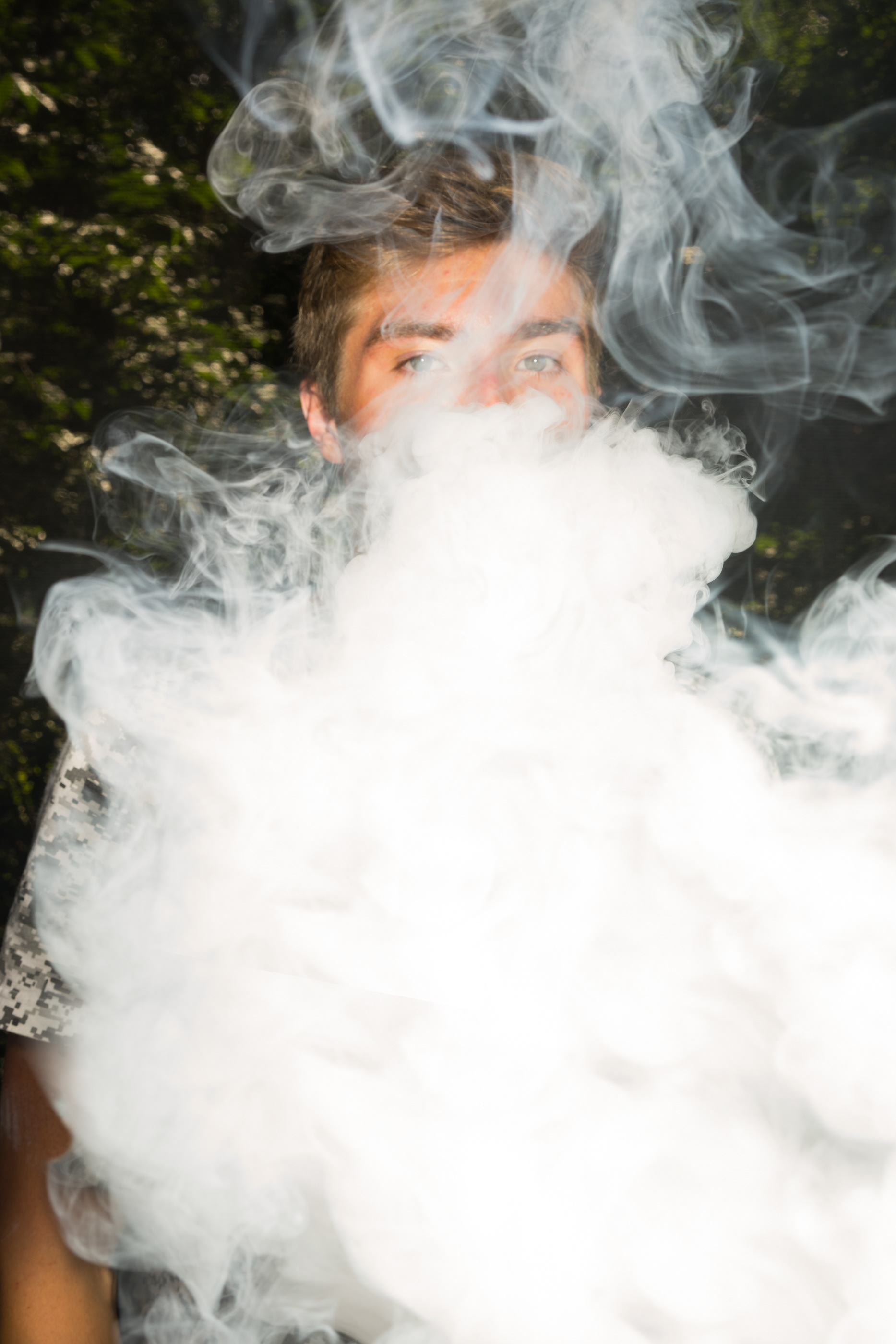 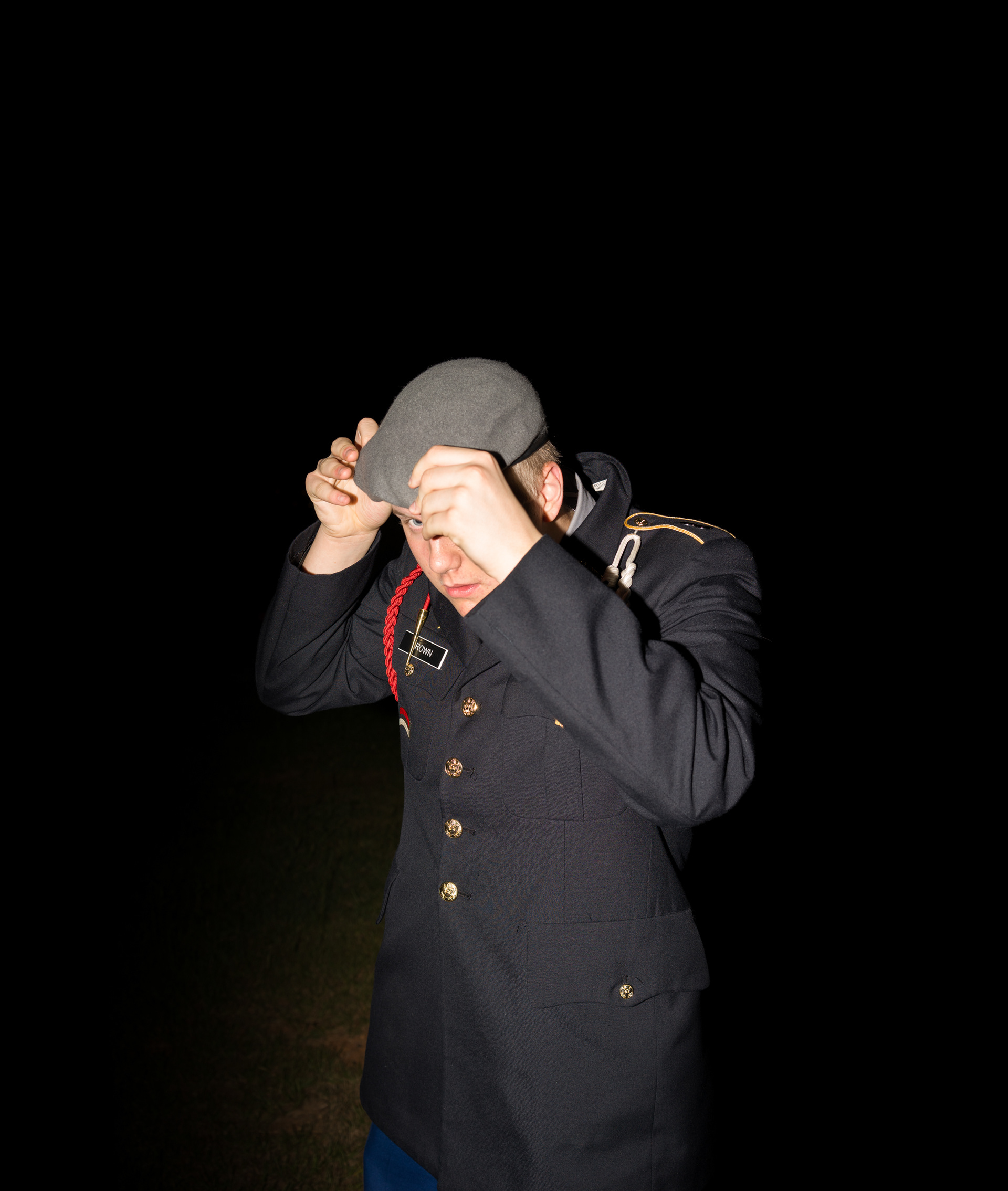 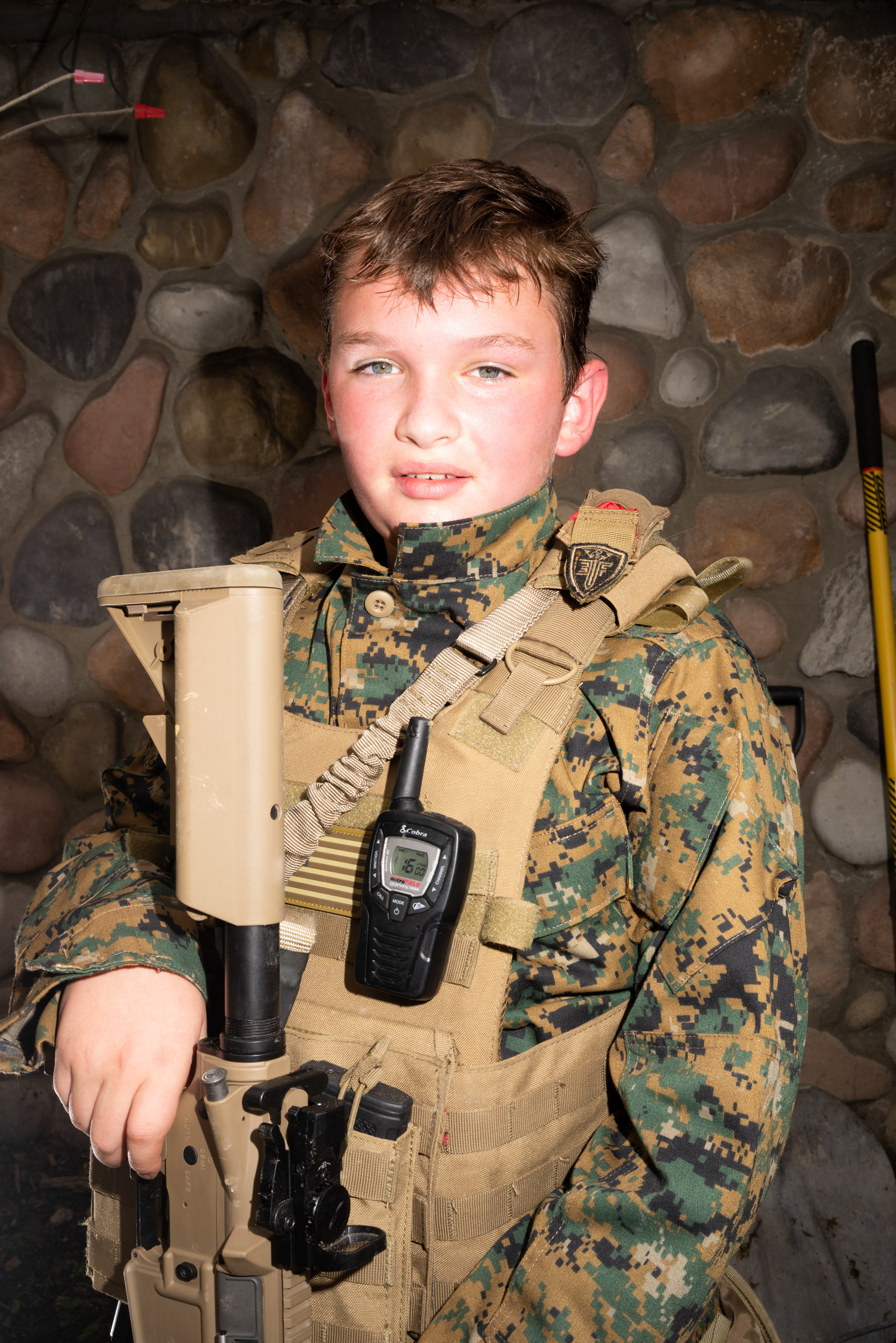 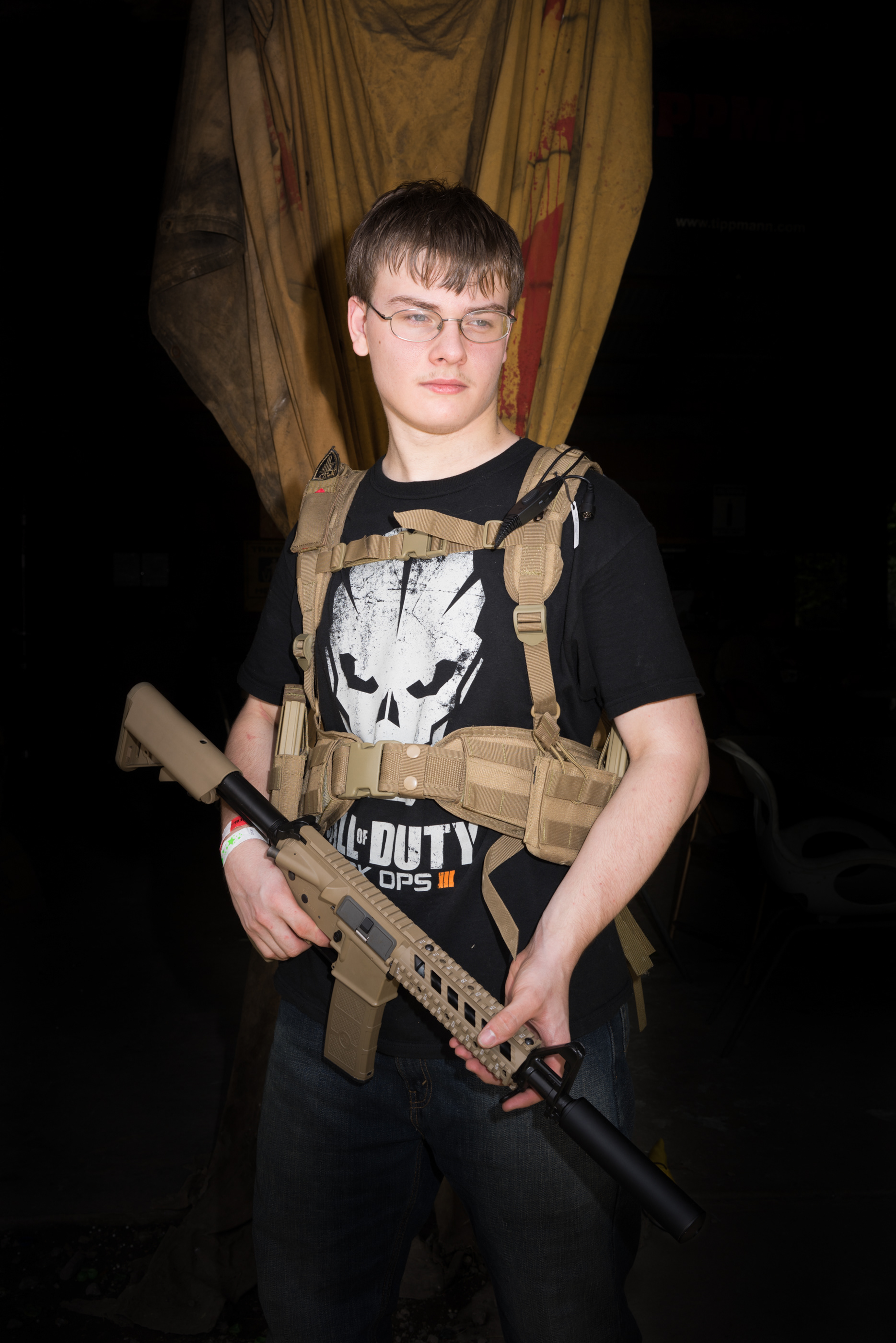 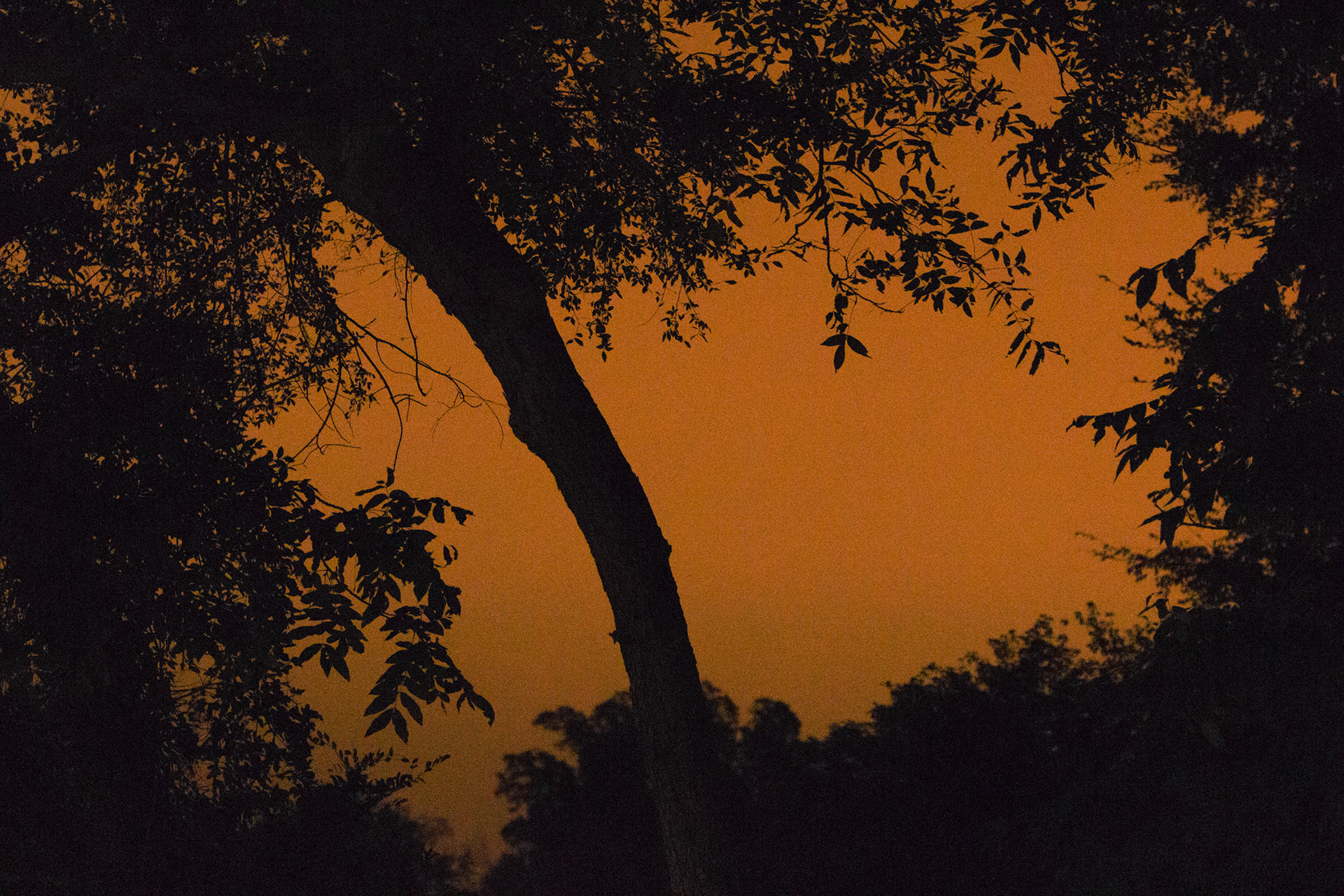 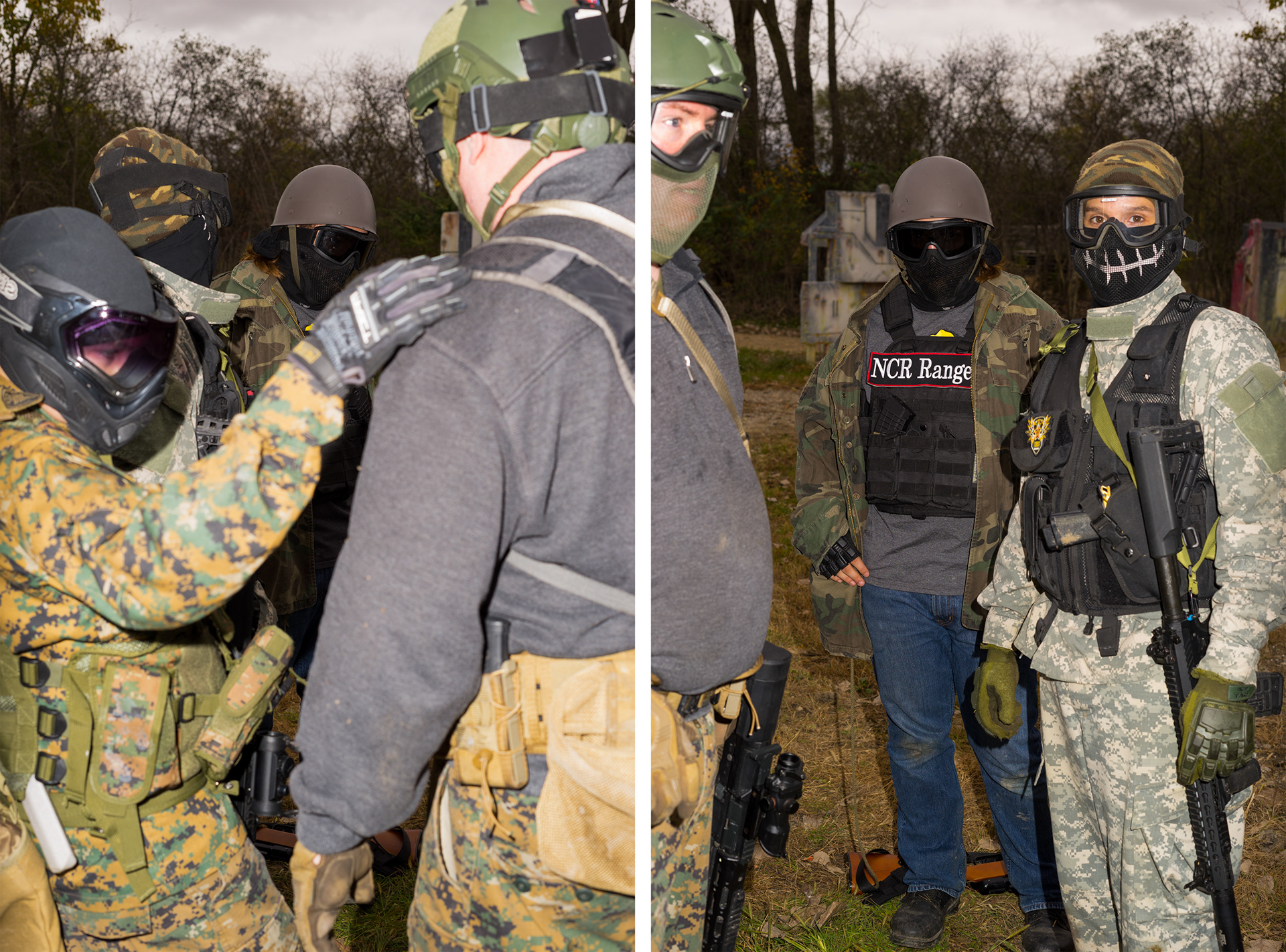 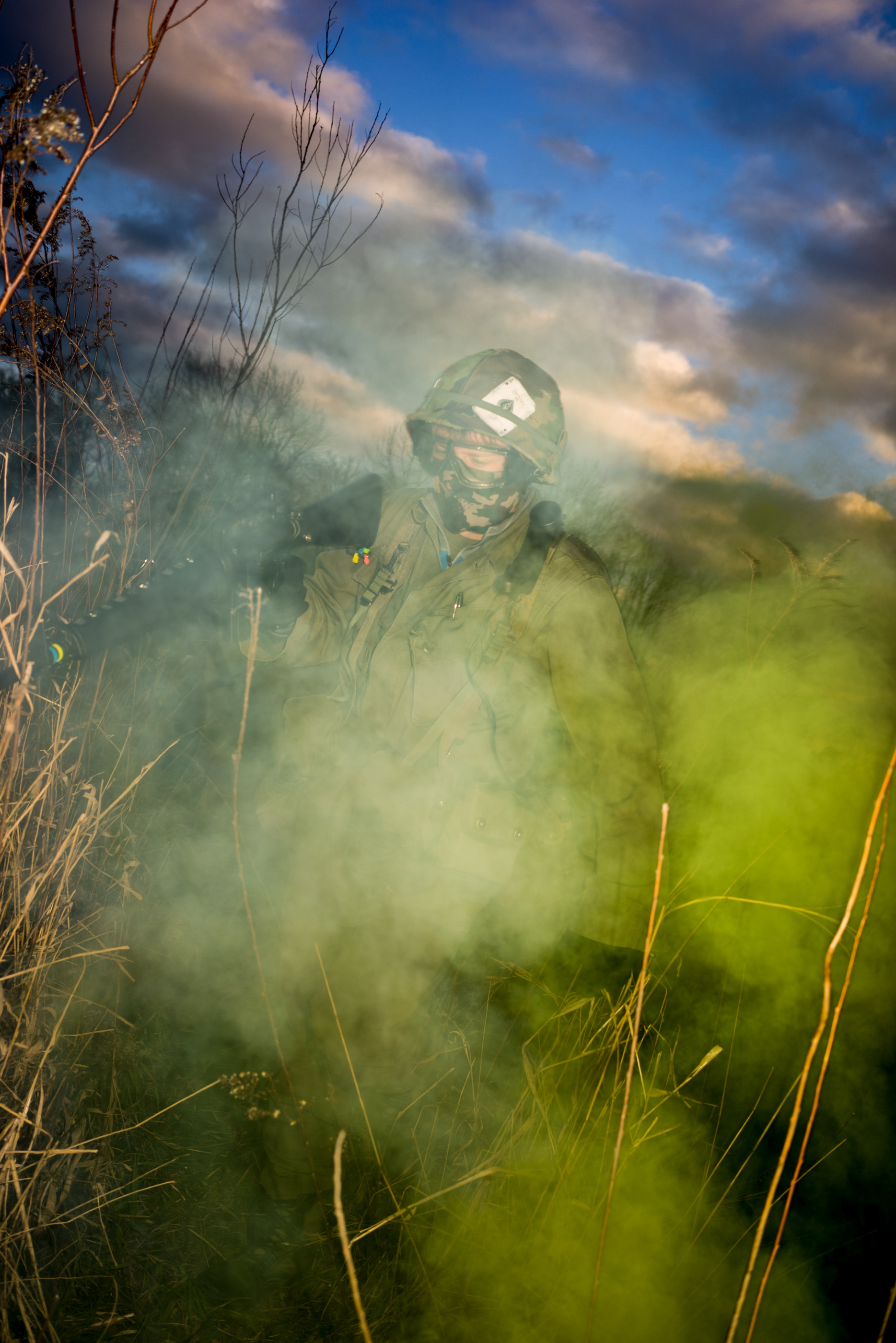 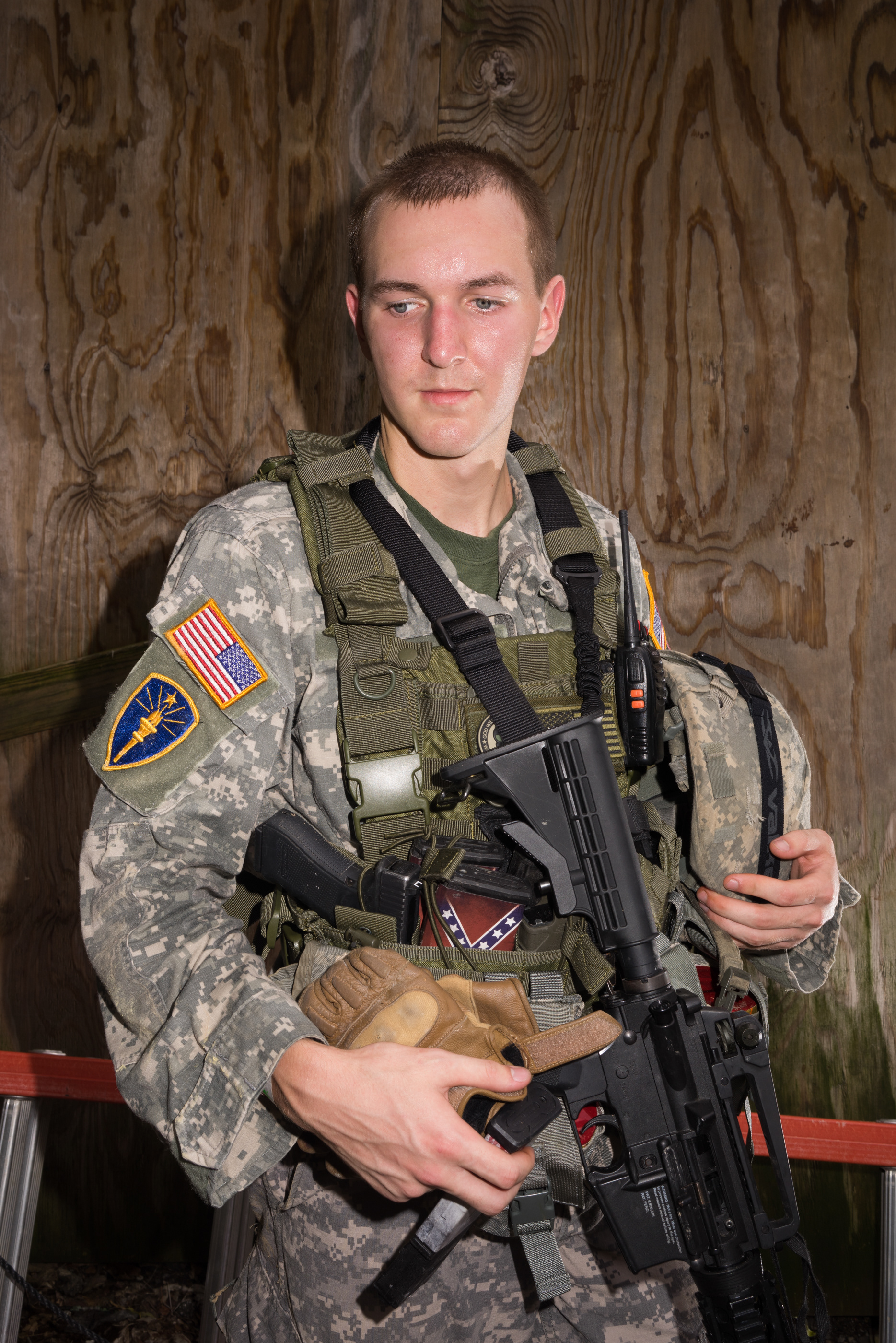 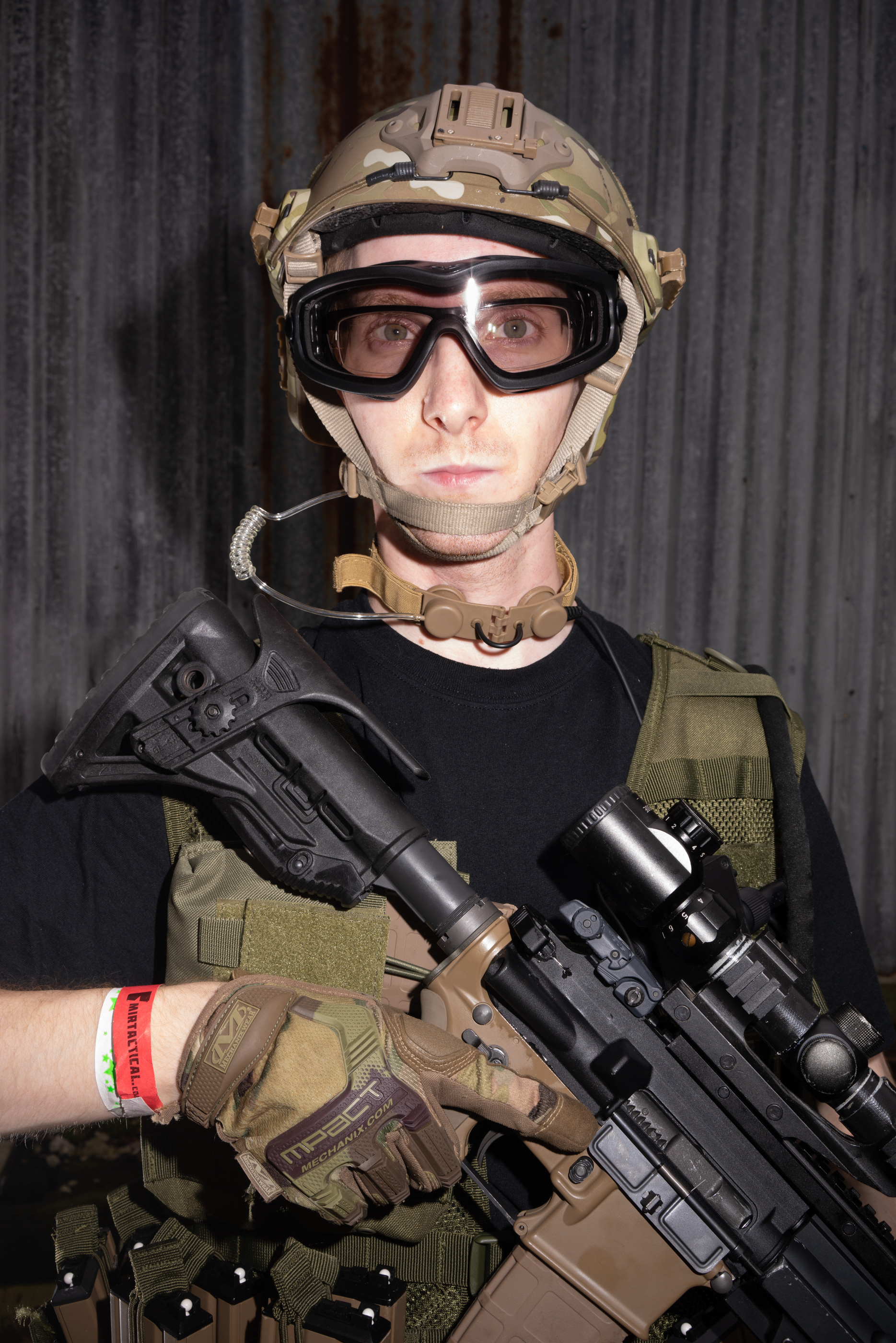 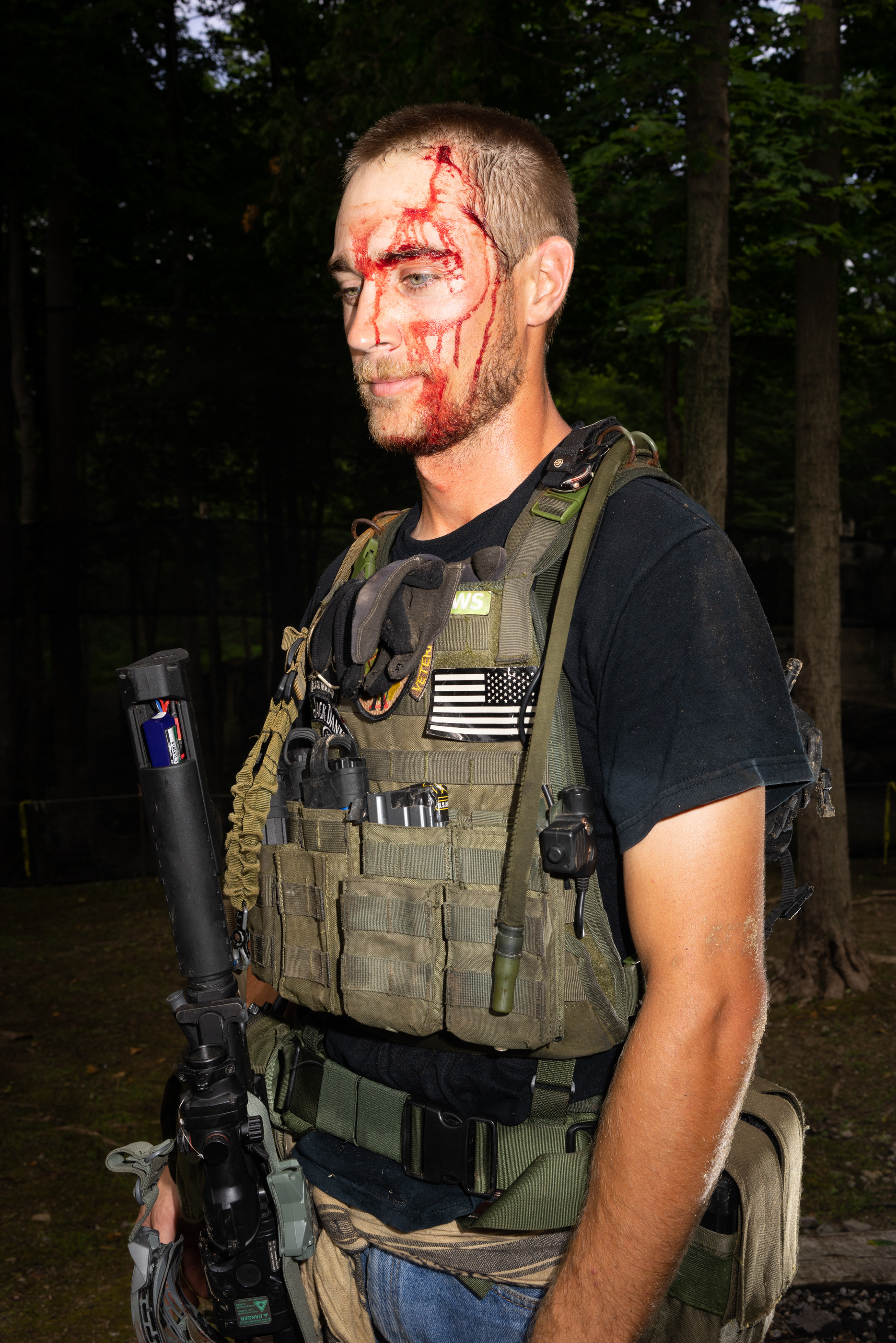 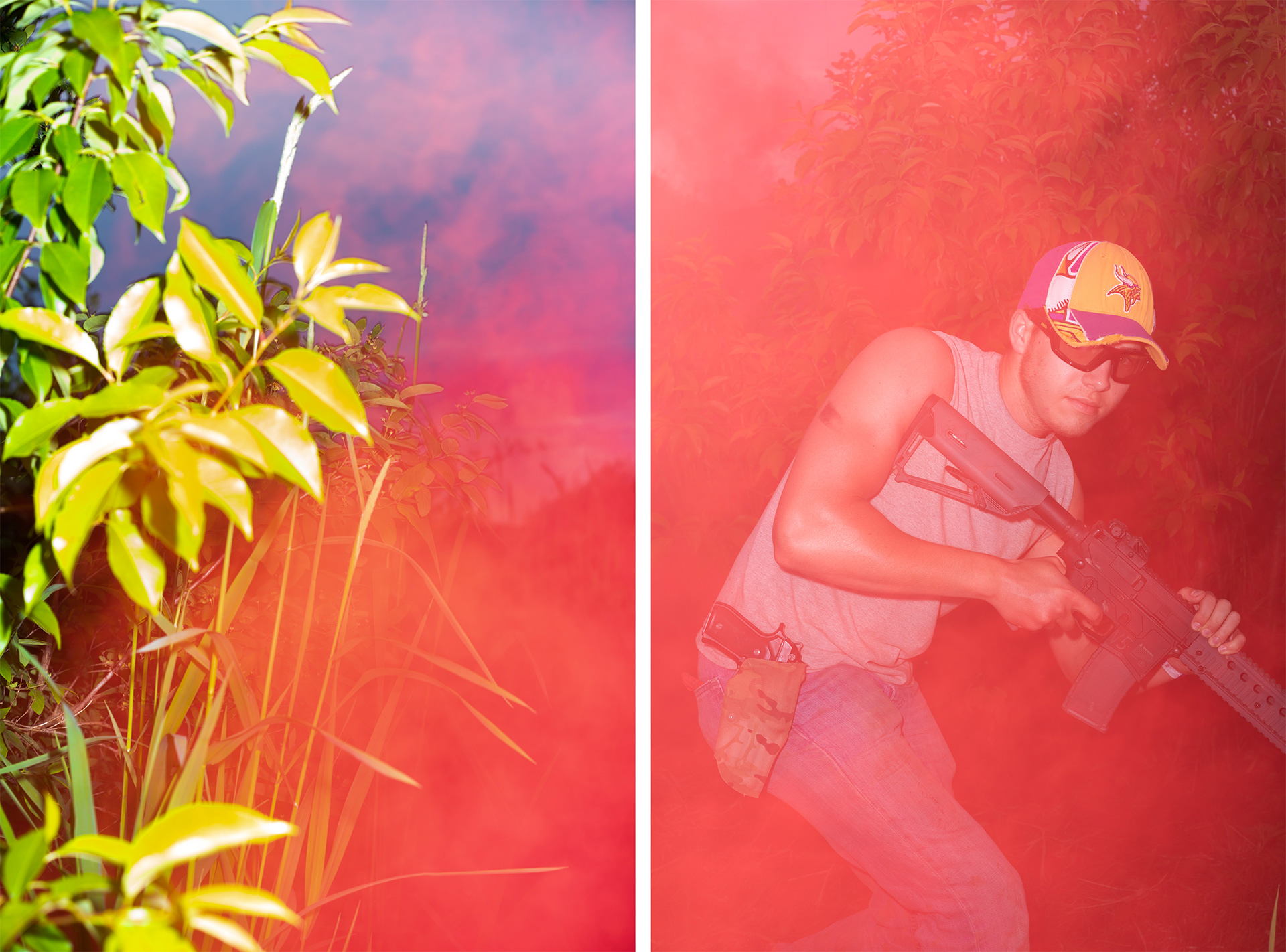 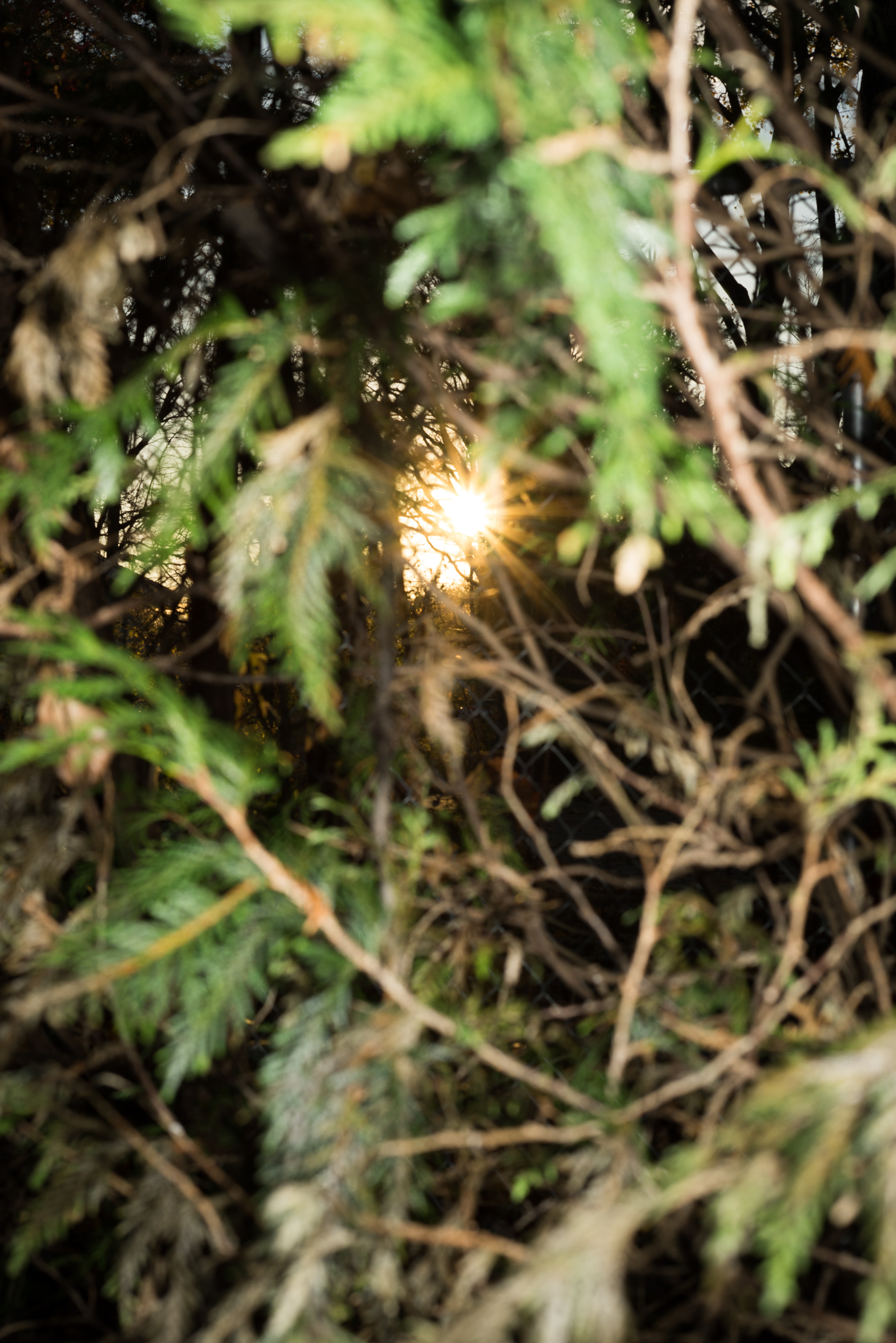 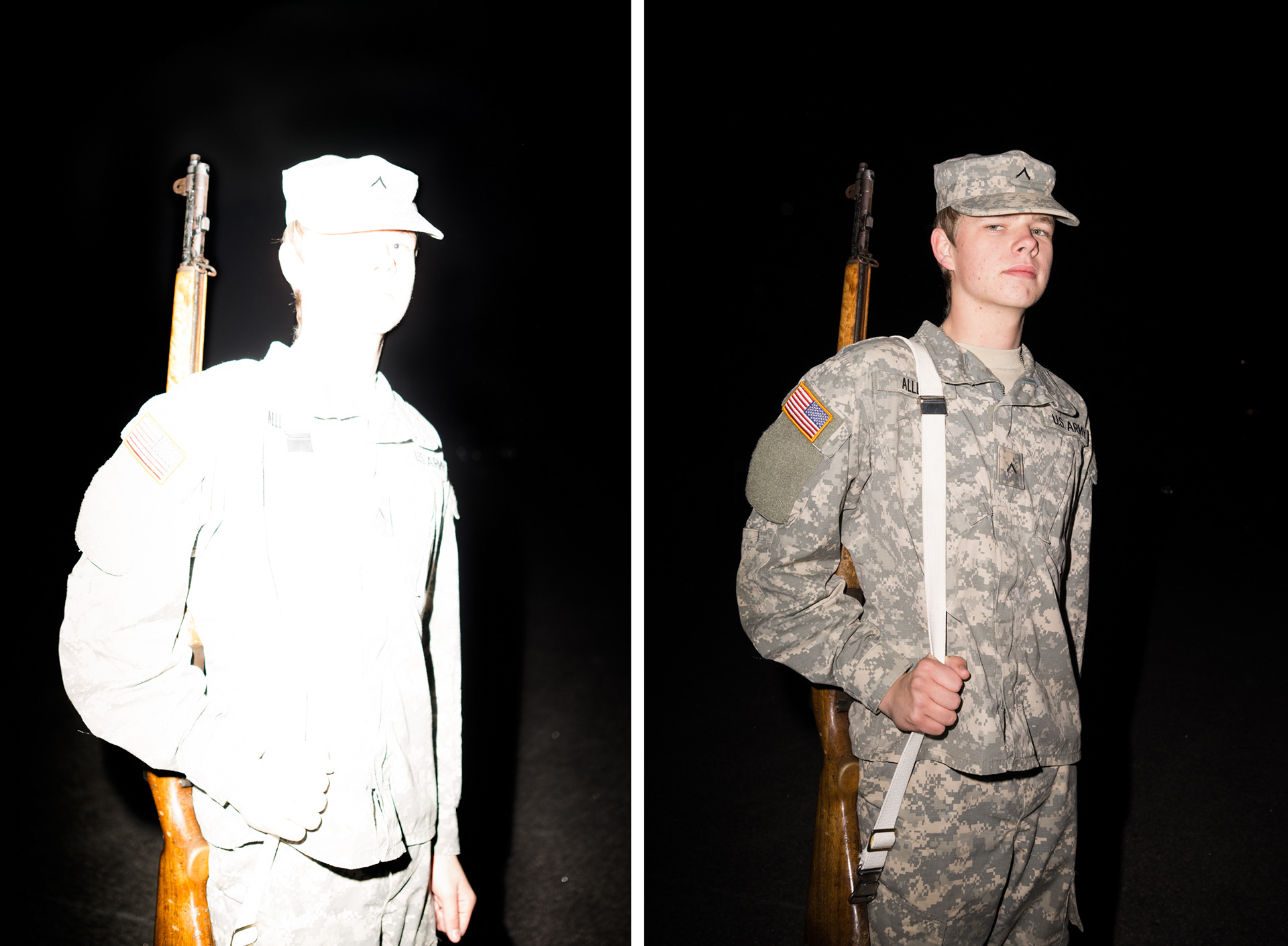 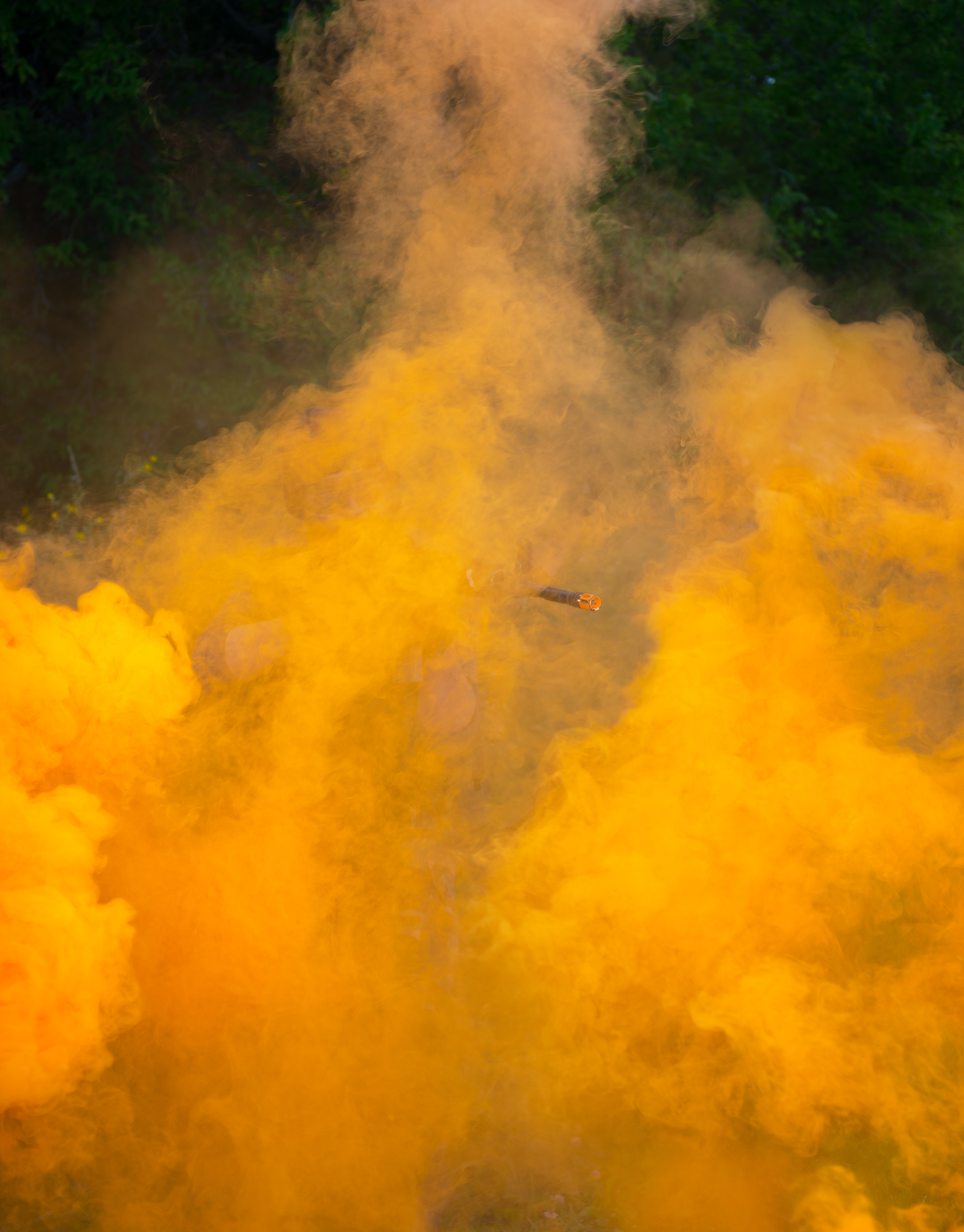 In The Mist is my five-year examination of Airsoft culture, In The Mist is my five year examination of Airsoft culture and a continuation of my work examining white adolescent and youth culture. Airsoft is a live-action version of first-person shooter video games – the rules of gameplay are similar to Call of Duty. This body of photographs depicts Airsoft players in the forest landscape, where they practice. Through their costumes and realistic weaponry, the players precisely recreate the look of a contemporary soldier or militia member. At times, the game takes on realistic proportions and these young men appear as soldiers. In other instances, their youth and ill-fitting clothing reveal them as children playing a game.
The performance of a video game in physical space further conflates the distance between fantasy and reality. The missions, scenarios, and personas are make-believe, but the targeting and tactics are skillsets that can be applied in real world scenarios.
Young people playing with guns in war games is not a new phenomenon, however contemporaneously, these photographs allude to the menacing potential of these young men. I question the discipline that is being learned, the empathy that is being shown, and how these boys will interpret the world they will inherit.